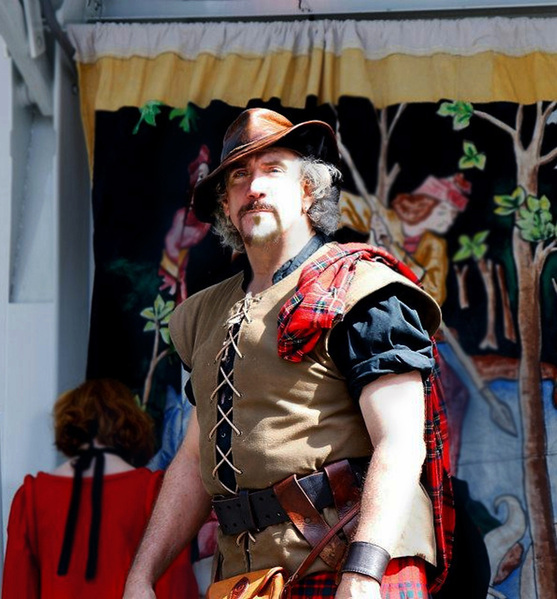 TJ Glenn
The Voice of The Usher
Teel James Glenn is a native of Brooklyn though he’s traveled the world for thirty-five years as a stuntman, fight choreographer, swordmaster, jouster, book illustrator, storyteller, bodyguard, and actor. He studied martial arts under the head of the Seoul Military Academy and swordsmanship Errol Flynn’s last stunt double and feels obligated to ‘pass that on’ as a teacher.  He appeared as actor or stuntman in scores of films and over 300 soap episodes going back to Edge of Night.

His stories and articles have been printed in scores of magazines from Mad to Black Belt, Weird Tales, Blazing Adventures Steampunk Tales and scores of others as well as a number of books and anthologies. His greatest achievement however, is "My awesome daughter Aislin Rose."